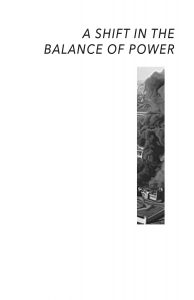 A Shift in the Balance of Power

What follows is a short excerpt from Nanni Balestrini’s novel The Unseen. The radical style of the book, which unfolds via a flood of language from an unidentified narrator, reflects the book’s origins in extensive interviews Balestrini conducted with a close friend about his experiences with the Autonomia movement that rocked Italy in the 1970’s, as well as with the repression that followed. Bouncing back and forth between prison and the outside world, the book is without a doubt one of the most inspiring and heartbreaking works I have ever read. This passage depicts the narrator’s arrival at and reflections upon a special prison for radicals and flight-risks that he is sent to after being sucked up into the penal system on account of his political activities. While these reflections were formed in a very different context than the one in which I write, I have found the conclusions drawn about the role that prison and the threat of prison plays within society to be enormously applicable to my own fight for liberation in the here and now. It is with this in mind that I pass these words on.
Full ebook available for free at https://libcom.org/library/unseen-nanni-balestrini